ITS GOOD TO BE IN THE SHAMAN'S REACH

So, here you find yourself. Your friends, family, or even people you don't know have been talking about CBD.

"What is CBD? Where is CBD from? Is CBD safe? How much CBD should a person take? What is CBD reported to help with? Does CBD get you high?"

These are just a few of the many CBD related questions we receive daily.

So in this section of Shamansreach.com, we will dive in and explore all there is to know about CBD / Cannabidiol.

The chemical structure of Cannabidiol (CBD) 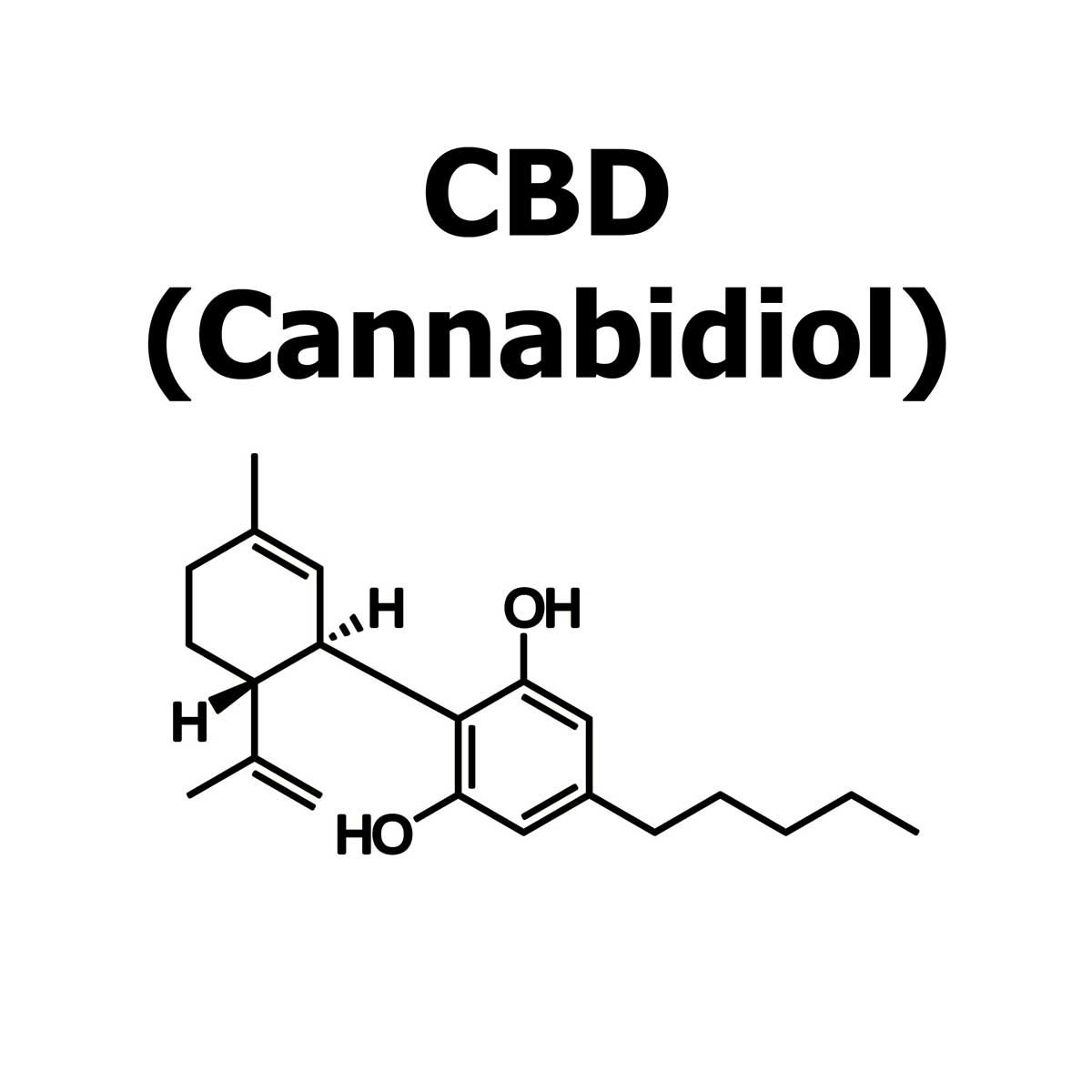 Where does Shaman's Reach CBD come from? 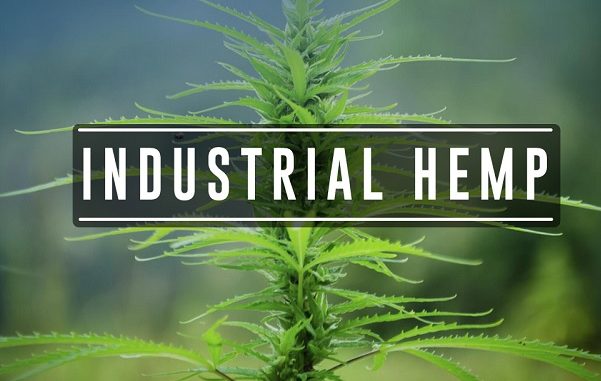 First things first, we aren't doctors or pharmacists. We cannot give you medical advice, nor should the following be considered as such.


What about CBD and Drug Testing?

When it comes to Cannabidiol (CBD) and drug testing; we meet an uncertainty; sort of. There are several methods of testing for illicit drugs. (Sadly, cannabis is still on that list, federally.) Urinalysis, Blood Panels, GC-MS, and the list continues. To date we have had absolutely no one fail a drug screen having taken ONLY our CBD products. We had one false positive reported which was dismissed after presenting our product to the testing agency/employer/doctor. Heres the possible way of having a "positive" test result. In general, when testing for cannabis, most tests look for the presence of THC (the psychoactive cannabinoid responsible for getting people "high"). In these tests, a person who hasnt used marijuana and has only used our CBD products, would pass said test with flying colors. The positive result would come from more rare tests that test for more cannabinoids than THC. If these tests show CBD is present, they could conclude that a person has used cannabis. A majority of tests are looking specifically for THC.


Can CBD Benefit Me?

Again, we must make it absolutely CLEAR that we are not doctors, pharmacists, or medical professionals. We believe in natural medicine, specifically the natural medicinal effects of the compounds found within cannabis. In this particular case specifically, Cannabidiol (CBD).


Tincture? Honey? Capsules? Which one?!?!

The Benefits of CBD*

The references, information, inferences, theories, and opinions stated hereafter do not necessarily reflect those of Shaman's Reach Inc. (Our legal team said we need to include that.)

Okay, for a quick brush up on what CBD is, look at the questions above. To get a quick primer on how CBD works; also see questions above. Now that you are at least vaguely familiar with CBD, lets get into the good stuff!

CBD is the major non-psychoactive component of Cannabis sativa. According to a 2013 study published in the British Journal of Clinical Pharmacology, CBD benefits including acting in some experimental models as an anti-inflammatory, anticonvulsant, antioxidant, antiemetic, anxiolytic and antipsychotic agent, and is therefore a potential medicine for the treatment of neuroinflammation, epilepsy, oxidative injury, vomiting and nausea, anxiety and schizophrenia. (1)

Research is beginning to show that CBD is different than other well-studied cannabinoids. All cannabinoids act as ligands, meaning they dock onto the binding site of a protein and have the ability to modulate a receptor’s behavior. CB1 receptors are widely distributed, but are particularly abundant in areas of the brain, including those concerned with movement, coordination, pain and sensory perception, emotion, memory, cognition, autonomic and endocrine functions. (2)

CB2 receptors are found mostly in the immune system, and they seem to reduce inflammation and certain kinds of pain. Although cannabinoids all have similar structures, they display a wide array of actions at each of the different receptors.

1. May relieve pain and inflammation

Among common CBD benefits, natural pain relief tops the list for many. Evidence suggests that cannabinoids may prove useful in pain modulation by inhibiting neuronal transmission in pain pathways. A 2012 study published in the Journal of Experimental Medicine found that CBD significantly suppressed chronic inflammatory and neuropathic pain in rodents without causing analgesic tolerance. Researchers suggest that CBD and other nonpsychoactive components of marijuana may represent a novel class of therapeutic agents for the treatment of chronic pain.

According to a 2007 meta-analysis conducted in Canada, the combination of CBD and THC buccal spray was found to be effective in treating neuropathic pain in multiple sclerosis, which can be debilitating for 50 to 70 percent of MS patients.

Research shows that CBD benefits include producing antipsychotic effects. It appears to have a pharmacological profile similar to that of atypical antipsychotic drugs as seen using behavioral and neurochemical techniques in animal studies. Additionally, studies show that CBD prevents human experimental psychosis and is effective in open case reports and clinical trials in patients with Schizophrenia, with a remarkable safety profile.

A 2011 study aimed to compare the effects of a simulation public speaking test on healthy control patients and treatment-native patients with social anxiety disorder. A total of 24 never-treated patients with social anxiety disorder were given either CBD or placebo 1.5 hours before the test. Researchers found that pre-treatment with CBD significantly reduced anxiety, cognitive impairment and discomfort in their speech performance, and significantly decreased alertness in anticipation of their speech. The placebo group presented higher anxiety, cognitive impairment and discomfort.

In 2011, researchers added light on the cellular mechanism through which CBD induces cell death in breast cancer cells. They showed that CBD induced a concentration-dependent cell death of both oestrogen receptor-positive and oestrogen receptor-negative breast cancer cells. They also found that the effective concentrations of CBD in tumor cells have little effect on non-tumorigenic, mammary cells.

CBD behaves as a non-toxic compound and studies show that doses of 700 milligrams per day for 6 weeks did not show any overt toxicity in humans, suggesting that it can be used for prolonged treatment. Not only does the research show that CBD benefits including being effective in fighting breast cancer cells, data also suggests that it can be used to inhibit the invasion of lung and colon cancer, plus it possesses anti-tumor properties in gliomas and has been used to treat Leukemia.

Cannabis has been used for centuries for the suppression of nausea and vomiting. Research has revealed that among more than 80 cannabinoid compounds found in marijuana, both the intoxicant THC and the non-intoxicant CBD helps to get rid of nausea and vomiting in animal studies. A 2012 study published in the British Journal of Pharmacology found that CBD benefits including possessing anti-nausea and antiemetic effects when it was administered to rats. (9) Researchers found that CBD acts in a diphasic manner, meaning that in low doses it suppresses toxin-induced vomiting, but in high doses it increases nausea or has no effect.

6. May treat seizures and other neurological disorders

A 2014 survey conducted by researchers at Stanford University was presented to parents belonging to a Facebook group dedicated to sharing information about the use of cannabidiol-enriched cannabis to treat their child’s seizures. Nineteen responses met the inclusion criteria for the study: a diagnosis of epilepsy and current use of CBD-enriched cannabis. The average number of anti-epileptic drugs tried before using CBD cannabis was 12. Sixteen (84 percent) of the 19 parents reported a reduction in their child’s seizure frequency while taking CBD cannabis. Of these, two (11 percent) reported complete seizure freedom, eight (42 percent) reported a greater than 80 percent reduction in seizure frequency, and six (32 percent) reported a 25–60 percent seizure reduction. Other beneficial effects included increased alertness, better mood and improved sleep; while side effects included drowsiness and fatigue.

Later in 2014, researchers reported on preliminary results of a study involving children with treatment-resistant epilepsies in an expanded access “compassionate use program.” Patients received a purified 98 percent oil-based CBD extract called Epidiolex, which is made by GW Pharmaceuticals. After 3 months of treatment, 39 percent of the 23 patients had more than a 50 percent reduction in seizures, with a 32 percent median reduction. These preliminary results support the animal studies and survey reports that CBD may be a promising treatment for treatment-resistant epilepsy and it is generally well-tolerated in doses up to 25 milligrams per kilogram of body weight.

7. May lower incidences of diabetes

In 2013, the American Journal of Medicine published a study that highlighted the impact of marijuana use on glucose, insulin and insulin resistance among U.S. adults. The study included 4,657 adult men and women from the National Health and Nutritional Examination Survey from 2005 to 2010. Of the participants, 579 were current marijuana users and 1,975 were past users. The researchers found that current marijuana use was associated with 16 percent lower fasting insulin levels. They also found significant associations between marijuana use and smaller waist circumferences, a factor connected to the onset of diabetes symptoms.

A 2013 study published in the British Journal of Clinical Pharmacology reports that CBD protects against the vascular damage caused by a high glucose environment, inflammation or the induction of type 2 diabetes in animal models; plus, CBD proved to reduce the vascular hyper-permeability (which causes leaky gut) associated with such environments.

(Our legal team also had us place the word "May" in front of each benefit. Why? Because even with all these studies, most of which from the governments own website, The FDA, the "eye of sauron" of the medicine world if you will, is always watching, waiting for a mis-guided word to use as a weapon against any who would make a false claim. So we are just covering our hineys.)